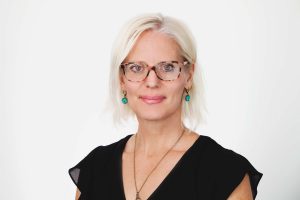 Murphy’s publications include the 2016 co-edited volume (with Karen Evans-Romaine), Exploring the Language Flagship Program: Professional Competence in a Second Language by Graduation (Multilingual Matters), and the 2014 co-authored Modern Language Journal monograph (with Sally Magnan and Narek Sahakyan), Goals of Collegiate Learners and the Standards for Foreign Language Learning, based on a survey of over 16,000 U.S. postsecondary foreign language students. Other publications include a contribution to the forthcoming edited volume, The Art of Teaching Russian (Georgetown University Press), a co-authored chapter (with Evans-Romaine) for the forthcoming volume, Transformative Language Learning and Teaching (Cambridge University Press), and the recent report for the ADFL Bulletin (with Seo Young Lee), “The Gender and Race/Ethnicity of U.S. Undergraduate Majors in Languages and Literatures Other than English, 2010-14.”