Last year, the Language Institute offered the inaugural seminar, Committed to Change: Promoting Inclusion, Diversity, Equity, and Access in Postsecondary Language Education. In this panel, four participants from that seminar will share their reflections on major issues and challenges related to the seminar theme, and on how they are applying what they learned in the seminar to their language teaching and other professional practices. Panelists include Nâlân Erbil, Department of German, Nordic, and Slavic+; Sarah Gamalinda, African Cultural Studies; Felecia Lucht, Wisconsin Intensive Summer Language Institutes; and Jeanne Schueller, Department of German, Nordic, and Slavic+. 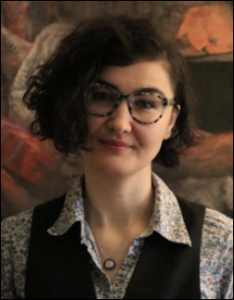 About: Nâlân Erbil (she/her/hers; pronounced as NAH-lahn U-er-beel) grew up in the rural southwestern region of Turkey and moved to Istanbul for her undergraduate study. Her ancestors were nomadic goatherders (yörüks) from the West Taurus Mountains in Anatolia who became settled two generations ago. Born in a yörük tent, her grandfather was the first to finish high school in his generation. Nâlân is a first-generation college graduate and the first in her extended family to have a PhD. As an interdisciplinary literary teacher-scholar by training, she teaches Turkish language, literature and film courses at UW-Madison. Her pedagogical interest lies particularly in social justice education in teaching Turkish cultures in the US. Nâlân is currently working on a project that investigates how and why understanding of literariness has changed in the Turkish literary history, and how this transformation has influenced contemporary writing and thought. Her second project will question the concept of Turkish-Germanness in the works of writers living in Turkey and writing in Turkish. She currently serves as the Pedagogy Director of the Arabic, Persian, and Turkish Language Institute and the Turkish Flagship Language Initiative. 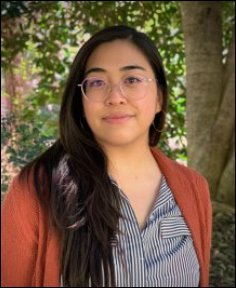 About: Sarah is a graduate student in African Cultural Studies at the University of Wisconsin-Madison, completing her dissertation in francophone literature and film studies. She came to UW-Madison in 2015 with the department of French and Italian, where she completed the M.A. and the preliminary doctoral exams while teaching undergraduate French language, literature, and culture courses. Her language teaching approach emphasizes multiliteracies and critical pedagogies which understand meaning as a result of socially and politically situated, multidimensional communication practices. This approach to language teaching is informed by her research in literary and film studies, as her dissertation asks how processes of racial formation shape and take shape in artistic creation. Her research considers manifestations of race, or race-making, through formal mechanics, for example: splitting the racialized body into the acousmatic and the visual, marking racial difference through literary genre, or resisting representation through temporal instabilities. She presents racial in/visibility as a question of legibility and literacy and identify several imperatives and affordances for anchoring critical racial literacies as an analytical foundation for francophone film and literary studies. 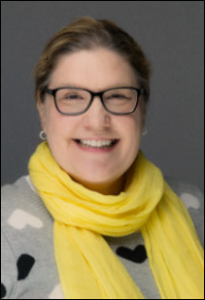 About: Felecia Lucht (she/her/hers) is the Director of the Wisconsin Intensive Summer Language Institutes (WISLI) at the University of Wisconsin-Madison. Felecia has an MA and PhD in German with a PhD minor in Second Language Acquisition from UW-Madison. She holds an MA in International Affairs with a concentration in Comparative and Regional Studies from the School of International Service (SIS) at the American University in Washington, DC. She has a BA from the University of Wisconsin-Stevens Point where she completed a double major in German and International Studies, and a minor in Russian. Prior to her role as WISLI Director, Felecia taught language classes and courses in second language acquisition, foreign language methodology, and foreign language testing. Lucht has studied German and Russian (and some Dutch), and is currently learning Arabic, Brazilian Portuguese, Korean and Turkish. 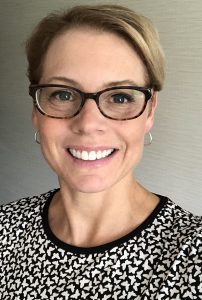 About: Jeanne is an applied linguist in the Department of German, Nordic, and Slavic+ at the University of Wisconsin–Madison. As director of the German language program, she is responsible for the design, curricular development, and implementation of first- and second-year German, which includes coordinating first- through fourth-semester German courses and supervising teaching assistants. Jeanne regularly teaches graduate-level courses on language pedagogy and applied linguistics, as well as intermediate and advanced German courses, including on contemporary German-language films and cultures of the German-speaking world. Her current research interests focus on the use of authentic materials, especially film, in language learning. Jeanne is the co-author of the second-year German textbook Cineplex: Intermediate German Language and Culture Through Film (2014) and sole author of Cinema for German Conversation (2009). Jeanne also has a special interest in the Scholarship of Teaching and Learning (SoTL) and has a co-authored chapter titled “Signature Pedagogies in the Language Curriculum” in Exploring More Signature Pedagogies (Stylus, 2012).

The UW-Madison Language Institute is committed to inclusive and accessible programming. To request an accommodation for this event, please contact Jana Martin three business days in advance.